New Delhi, May 26 (PTI) With a locust outbreak ravaging parts of western India, a Union Environment Ministry official Tuesday said it was a very badly-timed “serious infestation” that has occurred when the country is already in the middle of a pandemic.

Soumitra Dasgupta, Inspector General, Wildlife, Ministry of Environment said it is the desert locust which has attacked India in huge numbers and may lead to crop losses.

“Locusts are a regular feature in the country but this attack is huge,” Dasgupta told PTI.

Locust is a large, mainly tropical grasshopper, with strong powers of flight and it migrates in vast swarms which cause extensive damage to vegetation.

The locusts are currently active in Rajasthan, Gujarat, Maharashtra, Uttar Pradesh and Madhya Pradesh. Rajasthan is currently the worst-affected state, according to the Union Environment ministry.

Another official in the ministry said the locust attack is threatening to spread further to the east and poses “an escalating danger to food security”.

Dasgupta added, “Desert locust has arrived in western India. It is a regular feature in the country but happens on a very small scale. This attack is huge. It is a once-in-a-three-decade situation and timed very badly for us as we are already dealing with coronavirus.”

However, he said, the Ministry of Environment has no role to play in managing this outbreak and it has to be dealt with by the Agriculture Ministry and the states concerned.

“We don’t deal with the issue. Technology and way out is with the Ministry of Agriculture. Chemical spray is being used by states to get rid of the locust. It is a serious infestation and there is possibility of crop loss. The agricultural ministry has a cell which deals with locust in the country. They have issued some advisories. It happens on a very small scale. But this attack is big,” he said.

He said the governments in the states where the outbreak has happened have to take necessary action.

Several locust waves are expected from now until early July due to spring breeding in southern Iran and southwest Pakistan, the other Environment Ministry official, who did not wish to be quoted, said on Tuesday.

Western Rajasthan and Gujarat are the normal places for desert locusts during the summer (from approximately June to November), but they were first spotted by the Locust Warning Organisation in April this year, he said.

In India, locust survey and control are the responsibility of the Locust Warning Organization (LWO) under the Ministry of Agriculture. India and Pakistan cooperate at the border to share information, other experts have said.

“These warm waters were caused by the phenomenon called the Indian Ocean Dipole — with warmer than usual waters to its west, and cooler waters to its east. Rising temperatures due to global warming amplified the dipole and made the western Indian Ocean particularly warm.

“Heavy rain triggers the growth of vegetation in arid areas where desert locusts can then grow and breed. These locusts which migrated to India early this year might have found greener pastures as the pre-monsoon rains during March-May were in excess over north India this year,” Koll said.

Throwing light on the role of the government in facing the situation in India, Ajayvir Jakhar, the Chairman of Bharat Krishak Samaj (Indian Farmers’ Forum), said, “The central government has to go beyond giving alerts and advisories on managing the locust outbreak.”

“The government should immediately arrange for aerial sprays of pesticides to control the rapidly escalating situation. The states do not have the wherewithal to manage the scale of the outbreak this year,” Jakhar said. 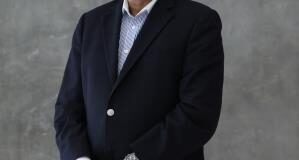