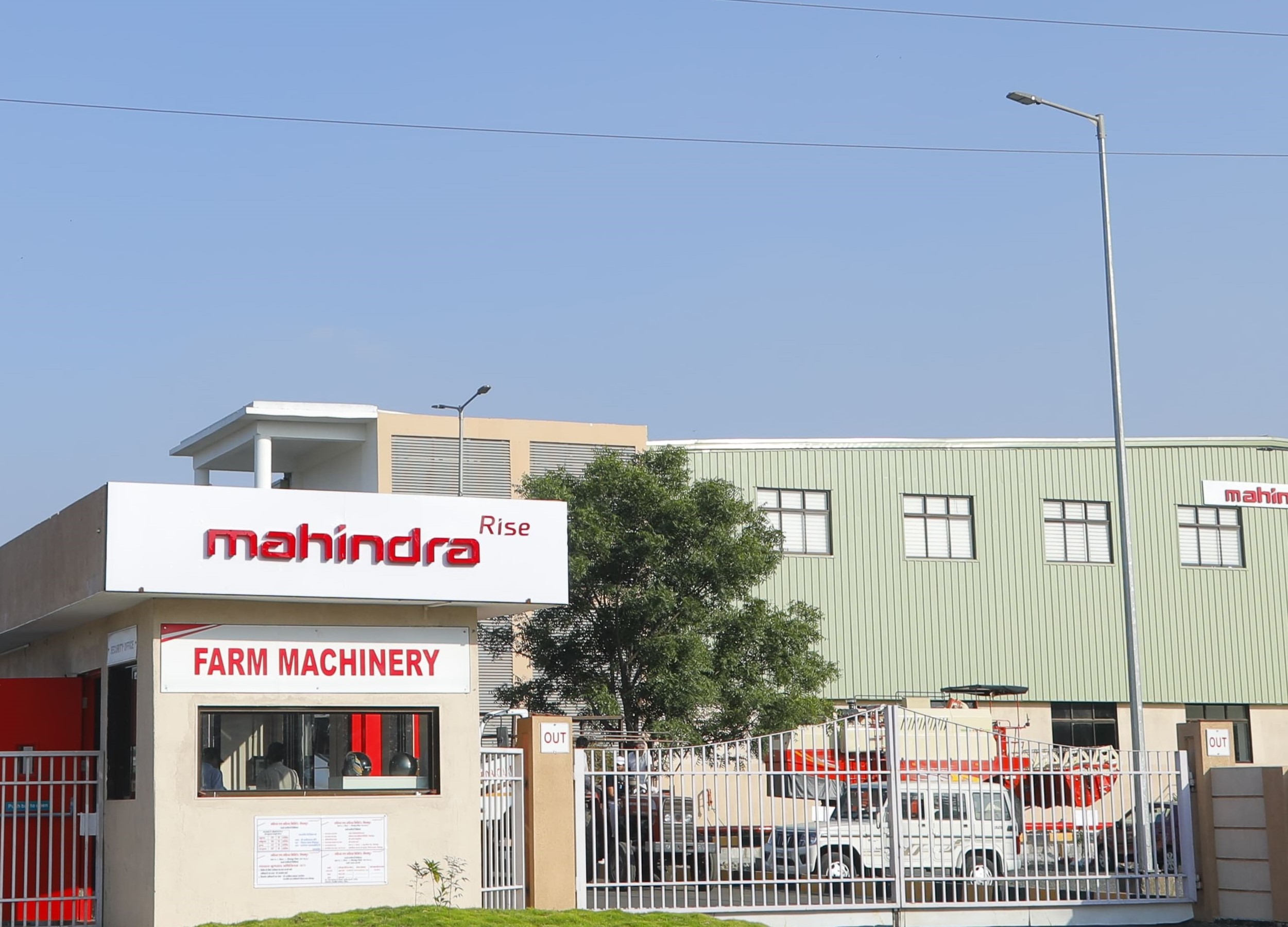 The new plant was inaugurated by the Honourable Union Minister of Agriculture and Farmers’ Welfare,
Government of India, Shri Narendra Singh Tomar at an event attended by key state officials,
dignitaries and senior leaders from Mahindra &amp; Mahindra.
Mahindra’s new farm machinery plant is strategically situated in the industrial city of Pithampur with
access to a diverse supplier base, enabling the company to manufacture durable, high-quality,
affordable and accessible ‘Made in India, for India’ farm machinery, marketed in both the Mahindra &amp;
Swaraj brands. The plant will also manufacture products for export to global markets in Asia, Africa,
Europe and America.
With its well-planned layout, the new plant is capable of rolling out a series of new products designed
at Mahindra’s global technology Centres of Excellence in Finland, Japan, and Turkey. The new plant is
spread over 23 acres and has the capacity to manufacture 1,200 combined harvesters and 3,300 rice
transplanters per year. The Pithampur plant, along with its dedicated supplier park, is eventually
expected to provide employment to 1,100 persons. 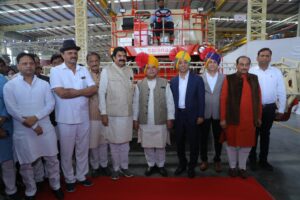 Speaking at the launch event of the new farm machinery plant, Honorable Minister of Agriculture and
Rural welfare, Shri Narendra Singh Tomar said, “It gives me immense pleasure to be here at the
launch of this one-of-a-kind facility for farm machinery in Madhya Pradesh, set up by the Mahindra
Group. Mahindra has one of the most notable investments in the state providing mass direct and
indirect employment in the region. Today, the Group is further enhancing its investment with the
launch of its all-new Greenfield facility to manufacture ‘Made in India’ farm machinery in Pithampur.
This a milestone moment not just for the Mahindra group, but also for the country and our farmers.”
He further added, “Globally, mechanisation has been one of the key components of high agricultural
growth and higher food security with several studies suggesting a direct relationship between
increased yields and farm mechanisation. With our ambition of doubling farm mechanisation in India
by 2030, the Government of India has introduced several schemes and policies to support greater
mechanisation of Indian agriculture and bringing Aatmanirbharta in farm mechanisation is one of
them.”
Hemant Sikka, President, Farm Equipment Sector, Mahindra &amp; Mahindra Limited, said, “Mahindra has
been the leader in the Tractorisation of India for several decades and is now determined to be a
leader in mechanisation of farming. We aim to grow our farm machinery business by 10x in 5 years
and the new farm machinery plant in Pithampur is a key pillar in the execution of this strategy.&quot;
Farm Mechanisation Push

With a presence in over 50 countries, Mahindra has a large role to play in mechanising India’s
farmlands and aims to deliver prosperity, through pioneering technologies for farmers in India and
across the world to enable them to Rise.

Driven by its purpose of ‘Transform Farming, Enrich Lives’ and as the world’s largest tractor
manufacturer by volume, Mahindra’s Farm Equipment Sector has been consistently working towards
meeting the changing needs of the agriculture sector, with a complete range of farm machinery
products and solutions (beyond tractors) with inputs and learnings from markets across the world,

while having established three global technology Centers of Excellence, through acquisitions in the
last decade. These centres allow Mahindra to bring back and adapt technologies relevant for the
Indian market, by taking technologies used in large land holding farms around the world and making
them affordable and accessible for the small land holding farmer for India and the world.