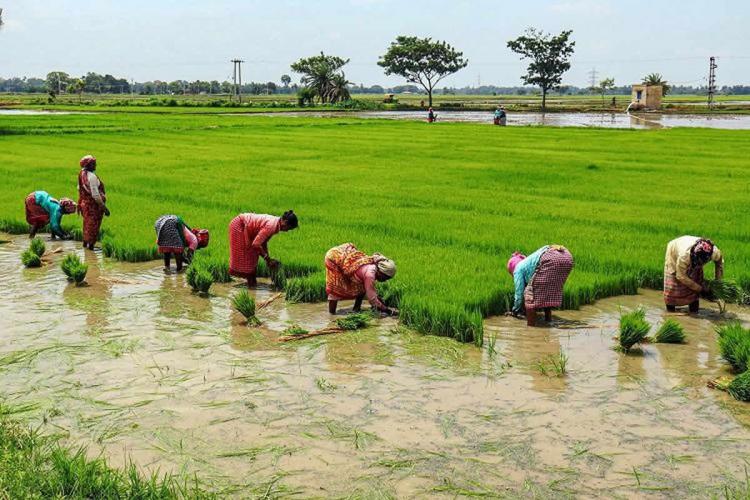 Secretary, of Agriculture and Farmers Welfare, Shri Manoj Ahuja said, since farming is exposed directly to such climatic catastrophes, it is important and critical to protecting the vulnerable farming community of the country from the vagaries of nature. As a result, demand for crop insurance is likely to increase and therefore we need much more emphasis on crop and other forms of rural/agricultural insurance products to provide sufficient insurance protection to the farmers in India.

Shri Ahuja pointed out that after the introduction of PMFBY in 2016, the scheme brought in comprehensive coverage of all the crops and perils, from the pre-sowing to post harvest period which was not included in previous schemes of National Agricultural Insurance Scheme(NAIS) and Modified NAIS. He said, several new fundamental features were also added during its revision in 2018, such as increasing the crop loss intimation period for farmers from 48 hours to 72 hours, keeping in mind that damage signatures disappear or are lost in case of localized calamities after 72 hours. Similarly, post its revamp in 2020, the scheme added voluntary enrolment and inclusion of add on cover for wildlife attack, to make the scheme even more farmer friendly.

Shri Ahuja said, PMFBY has been facilitating adaptation of Crop Insurance, while addressing several challenges on the way and pointed out that the major changes made in the Revamped Scheme were giving more flexibility to States for coverage of risks under the Scheme and making the Scheme Voluntary for all farmers to meet the long-standing demand of the farmers.

He also clarified that some States have opted out of the Scheme primarily due to inability to pay their state share of premium subsidy due to financial constraints, and it must be noted that post resolution of their issues, Andhra Pradesh joined back the scheme from July 2022 onwards and it is expected that the other states are also considering to join the scheme to provide comprehensive coverage to their respective farmers. It is pertinent to note that most of the States have opted for Compensation Models in place of PMFBY, that do not provide same comprehensive risk coverage to farmers as PMFBY.

Shri Ahuja said, in era of Rapid Innovations, Digitisation and Technology are playing a significant role in scaling up the reach and operations of PMFBY with precision agriculture. Union of agri-tech and rural insurance can be the magic formula for financial inclusion, enabling a trust in the scheme. Recently introduced Weather Information and Network Data Systems (WINDS), Yield Estimation System based on Technology (YES-Tech), Collection of Real Time Observations and Photographs of Crops (CROPIC) are some of the key steps taken under the scheme to bring in more efficiency and transparency. To address farmer grievances in real time, an integrated help line system is under beta testing in Chhattisgarh.

Dwelling in detail about the contribution of Centre and State in the premium, Shri Ahuja pointed out that in the last 6 years, only Rs 25,186 crores have been paid by farmers wherein Rs 1,25,662 crores have been paid to the farmers against their claims, with Central and State Governments bearing most of the premium under the scheme. It is to be noted that the acceptability of the scheme has increased amongst the farmers in last 6 years, with share of non-loanee farmers, marginalized farmers and small farmers increasing by 282% since the initiation of the scheme in 2016, the Secretary added.

It may be recalled that in 2022, several reports of excess rainfall came from Maharashtra, Haryana and Punjab while Madhya Pradesh, Uttar Pradesh, Bihar and Jharkhand reported deficit rainfall, eventually damaging crops like paddy, pulses and oilseeds. Of late, instances of such uncertainties – thunderstorms, cyclones, droughts, heat waves, lightening, floods and landslides have also increased, occurring almost every day in India in the first 9 months of 2022, as reported in several Science and Environment Dailies and Journals.

Shri Ahuja also pointed out that World Economic Forum’s Global Risk Report 2022 categorise Extreme Weather Risk as 2nd largest risk over next 10 years period and such sudden shifts in weather patterns are capable of adversely impacting our country, where the responsibility to feed world’s 2nd highest population lies solely on the shoulders of the agriculture community. It therefore becomes imminent to provide a safety net to the farmers to protect their financial position and encourage them to continue farming and ensure food security for not only the country but for the world as well.

PMFBY is currently the largest crop insurance scheme in the world in terms of farmer enrolments, averaging 5.5 crore applications every year and third largest in terms of premium received. The scheme promises minimal financial burden on the farmer, with farmers paying only 1.5% and 2% of total premium for Rabi and Kharif season, respectively, with Centre and State Governments bearing most of the premium. In last 6 years of its implementation, farmers paid a premium of Rs 25,186/- crores and received claims amounting to Rs 1,25,662/- crores* (as on 31st Oct 2022). The increase in acceptability of the scheme amongst the farmer can be ascertained from the fact that share of non-loanee, marginalized and small farmers increased by 282% since the inception of the scheme in 2016.

Previous article Department of Animal Husbandry and Dairying initiates the process for integration of infrastructures of the department with PM Gati Shakti-National Master Plan
Next article Food-Agri Business Fresh from Farm raises over 3.2 Cr in Seed Round led by Inflection Point Ventures